This interactive tool is designed to provide a look at the significant private and public investment taking place in Cleveland’s Central Business District, an area roughly bounded by W. 28th Street to the west, E. 30th Street to the east, the Innerbelt to the south and Lake Erie to the north.

The model allows the user to freely navigate around this virtual downtown and identify recently completed projects, those currently under construction, and those in various stages of planning and analysis.  Users can also access additional information and resources on specific projects and planning areas by clicking on these locations on the model.

This model will be continually updated as investments progress through phases of development and as new projects and plans are initiated.

This model is intended to serve as a resource to policy makers, real estate developers and investors, public officials, community leaders, and the general public by highlighting major projects, plans, and opportunities that will continue to shape Downtown Cleveland’s growth for the next decade.

The Downtown Cleveland Digital Model was designed and built by Cleveland-based City Architecture and is managed by Greater Cleveland Partnership in collaboration with the City of Cleveland, Downtown Cleveland Alliance, Ohio City Incorporated, Campus District and Flats Forward.

How to Use the Model 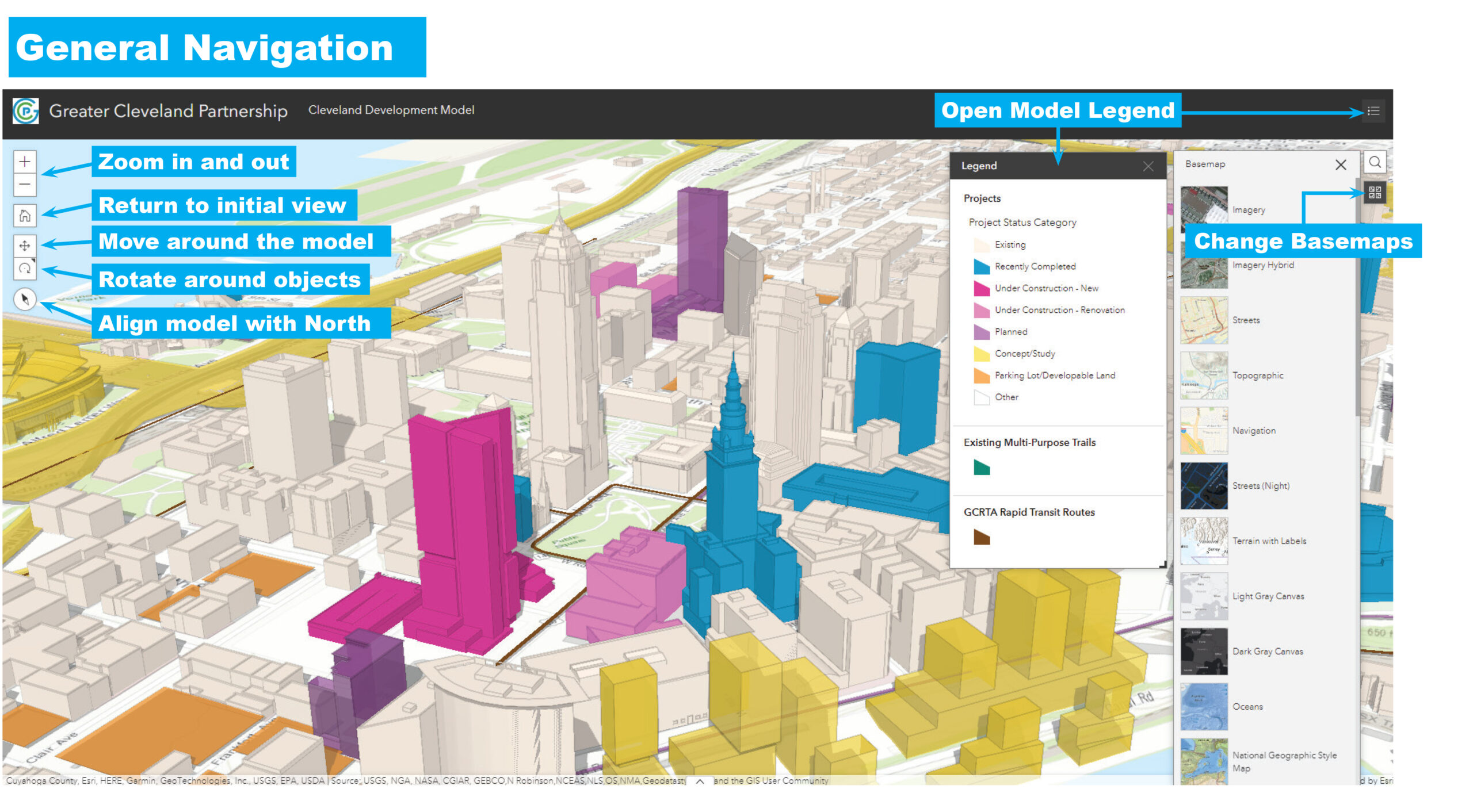 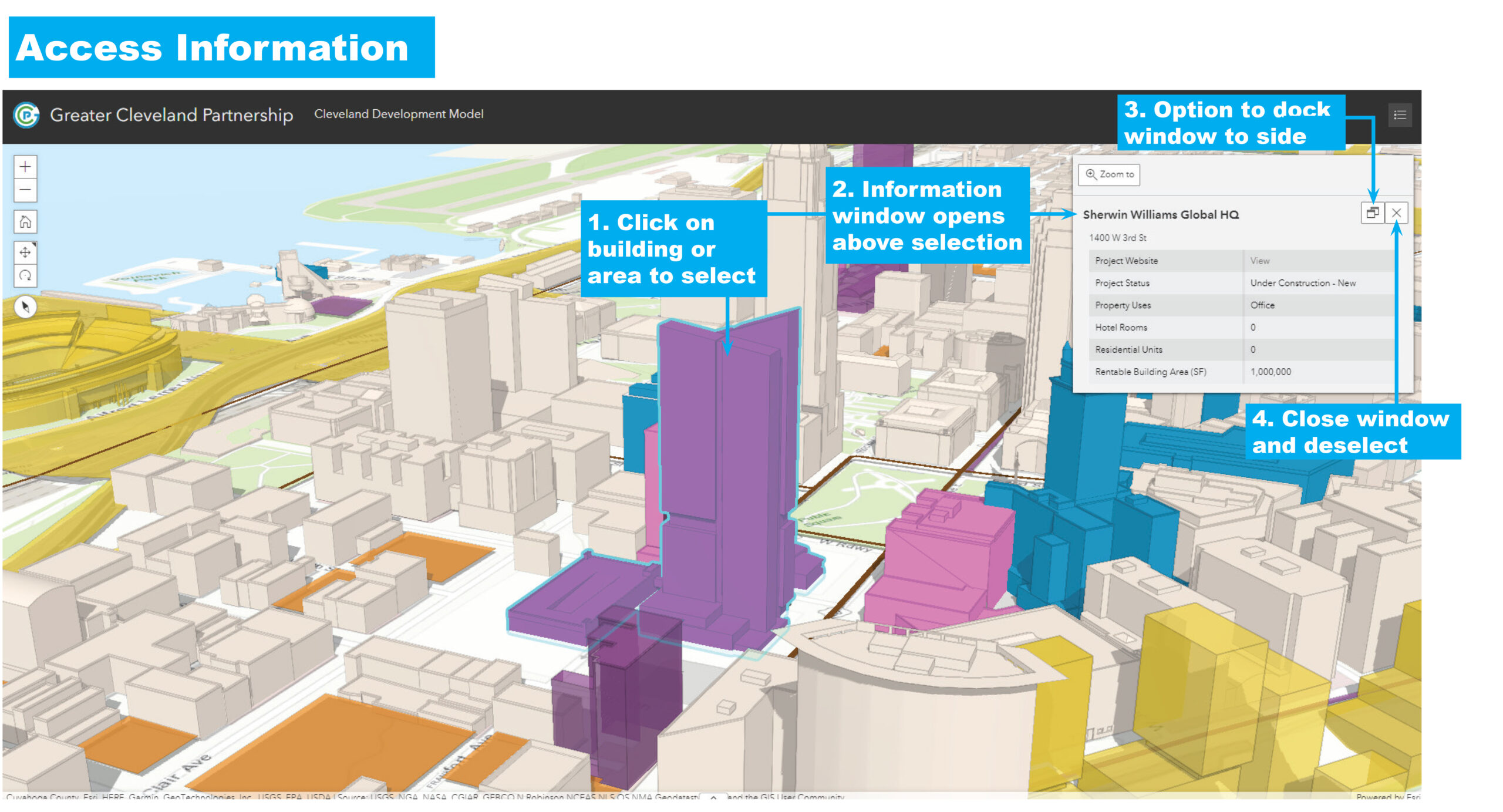 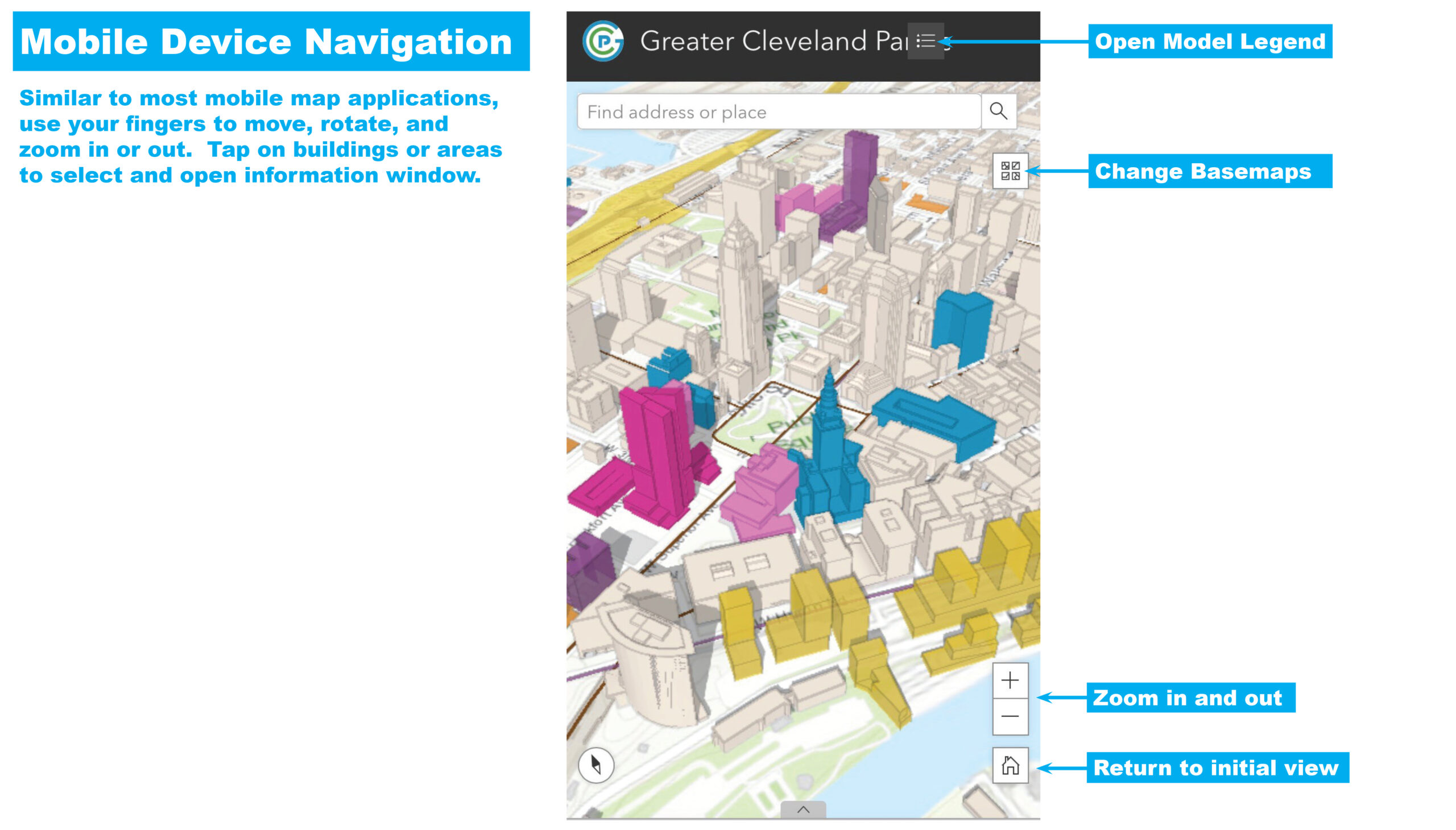