Morning Conversation is a series of informal, off-the-record meetings with elected officials and other notable persons in the area of politics and public affairs. 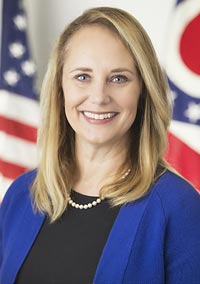 Members of GCP who are engaged in or interested in such issues gather roughly monthly for networking and discussions about issues of current interest.

Director Lydia Mihalik will be leading the discussion on ongoing efforts to support both small and large businesses, as well as the future direction of the department of development Aug. 11 from 7:45 a.m. – 9 a.m. at the Greater Cleveland Partnership offices, 1240 Huron Road E #300, Cleveland, OH 44115.